The last of my lavender

Remember I said I found a few completed crochet projects that I had packed away? Here's part of what I rediscovered in amongst my crochet supplies.  All three of these doilies were crocheted from threads that belonged to my great-grandmother, which makes them extra special to me.  Originally I crocheted these to be used as jar toppers, but never got around to adding the ribbon to them before we moved in the summer of 2008.  Since then, I had forgotten all about them. Then I borrowed an inspiring crochet book from the library, went into my stash, searching for crochet threads and found them there, waiting. Since I had been sewing with linen so much lately, it's probably no surprise what I decided to do next. Given my love of linen, it made sense to mix the doilies and linen together and add another favourite of mine, lavender. 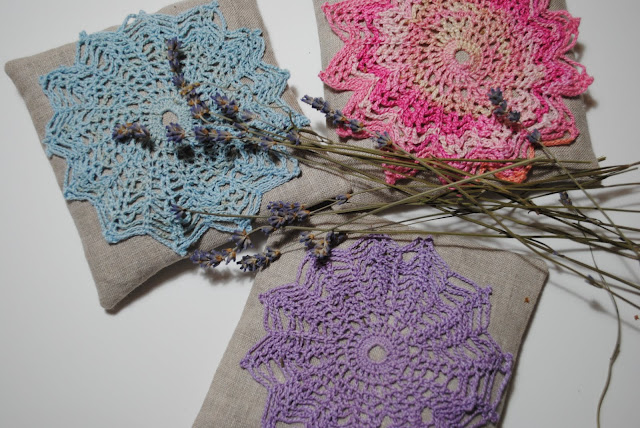 For years, I grew lavender in our first yard in Kelowna.  I would harvest as much as I could, make lavender bottles while it was fresh, and then dry as many stems as I could for future use.  I would use the lavender bottles (once dry) in our linen closet and in the seasonal clothes which were boxed up. The loose lavender would be used in my homemade potpourri mixes or in sachets (ones especially made so that I could toss  them in the clothes dryer  with our laundry, during the months when I didn't have the use of our clothesline).   I was lavender crazy! The best thing is, it just so happened that I had a wonderful surplus of lavender that I have held onto.  Since my home grown lavender has been stored in an air-tight container and out of direct sunlight, it still has it's wonderful aroma.  Here are the last of the lavender bottles I made a few years back (without any ribbon which adds a lovely touch for gift giving), 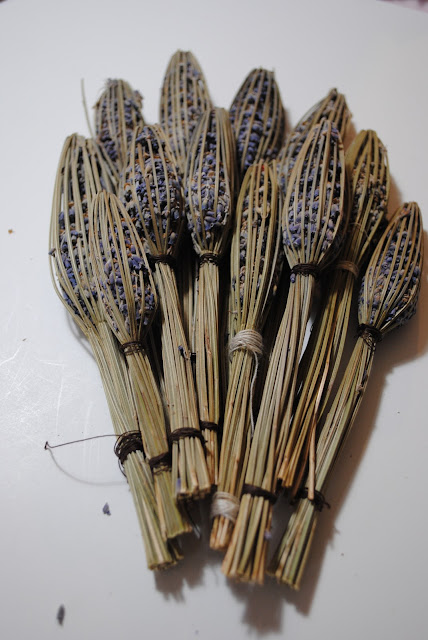 with the last of the loose lavender being used to fill my doily sachets. 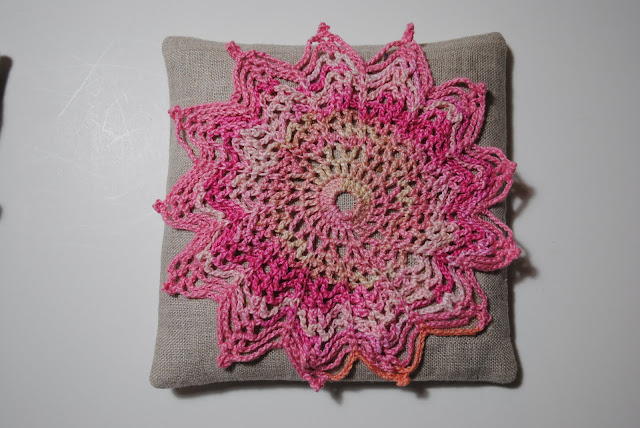 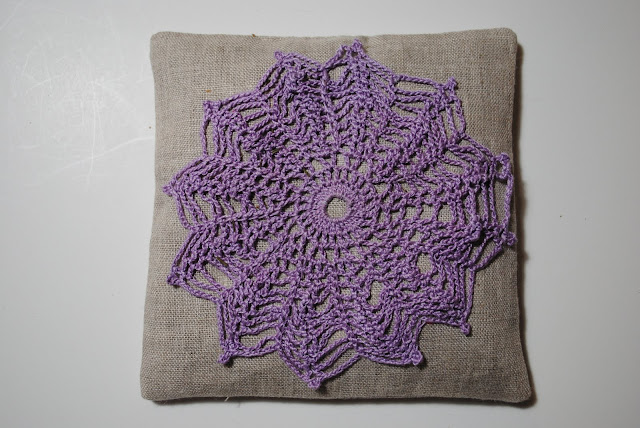 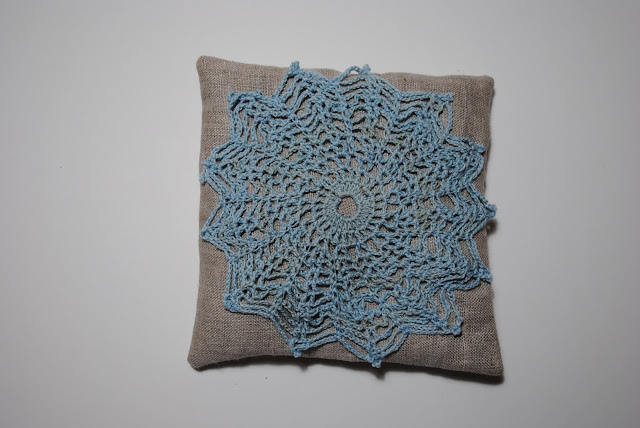 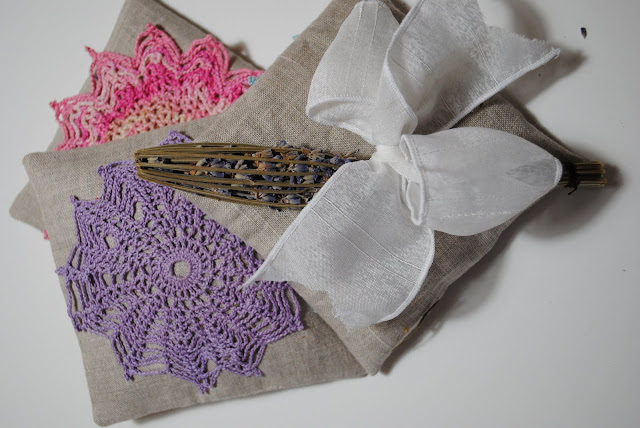 One of my dreams is to be living where I can grow my own lavender again.  Until then, I will be savouring the scent from the last of my lavender in these simple sachets.
Posted by Katherine at 6:58:00 AM 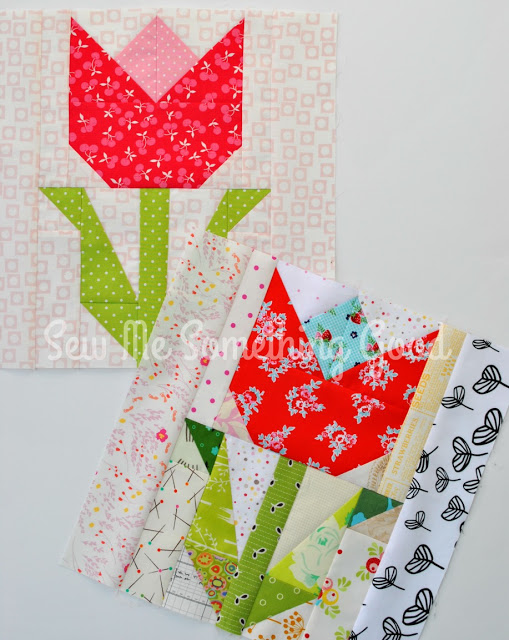 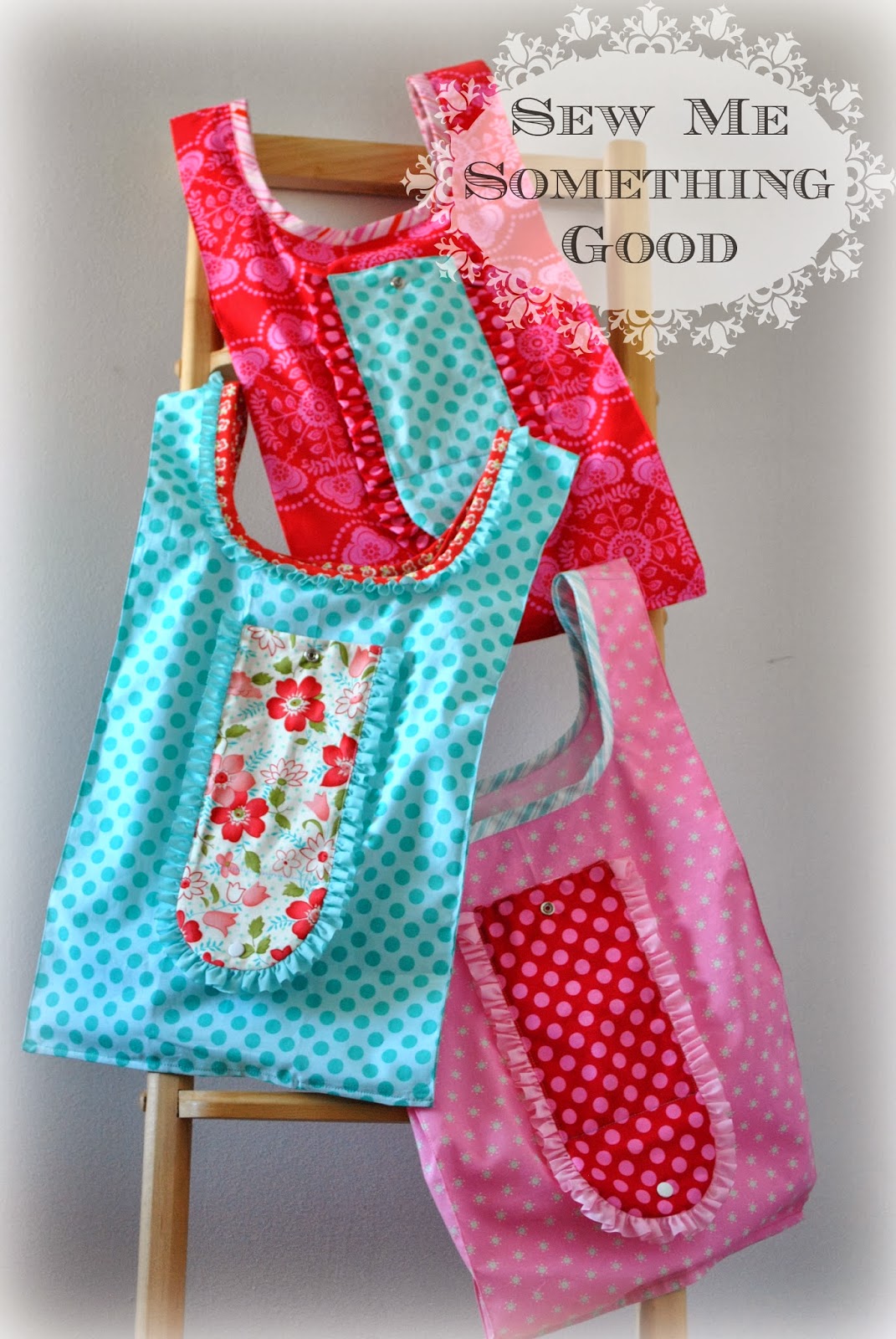 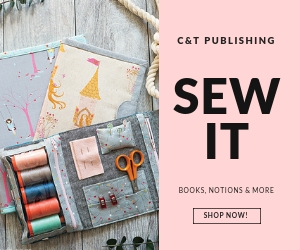